Out of all the twin types, boy-girl or opposite-sex twins have always been the most fascinating to me. After all, they get all the benefits of the twin bond without all the pressure. They have a play mate and confidant but by nature of their opposite sex, travel in different social circles and usually have vastly different interests and hobbies. It makes for a great life-long friend minus the comparisons and competition that same-sex twins sometimes come up against.

But like all relationships, boy-girl twins can have their ups and downs, too. Heredity and nature dictate that the two will develop at different rates from the moment of conception with the female twin almost always taking the lead. (According to scientists, although boy-girl twins may appear to be the same size at birth, inside the girl is developing at a much faster rate.) This can present a few challenges especially during the first few years of school. So if you have young boy-girl twins in the house, here are a few points you should keep in mind. But remember, these are just generalities based on research. Your twins may be the exception to the rule and defy them all.

As a rule of thumb, females grasp fine motor skills—those talents that involve small muscle coordination and dexterity—sooner than males. (Think shoe tying, buttoning clothes, even holding a crayon.) Males, on the other hand, usually master large muscle control and therefore reach gross motor skills earlier than females. (Think walking, jumping, ball throwing.) Therefore, no need to worry if your son walks months sooner than his cotwin sister or if your toddler daughter has mastered the art of dressing herself while her brother struggles greatly at first.

Research indicates that on average, boys lag academically behind girls during the early primary school years. It doesn’t mean that little girls are more intelligent, however. It just suggests that girls “get it” a bit sooner than boys but boys usually catch up and sometimes surpass their sisters by middle school. So what does that mean to your opposite-sex twins? If your female twin outperforms her male cotwin scholastically it could have a negative impact on his self-esteem, especially if they share a classroom where the differences may be more readily noticed by others and perhaps commented on. If you find yourself in this situation, you may want to separate your twins allowing each to develop at his and her own pace in his or her own preferred learning style.

Walk in any kindergarten classroom and you’ll see it—a little girl who is definitely in charge of the room! She is a social butterfly—the Queen Bee—who seems to be in everybody’s business (whether they want her there or not) directing her classmates in all matters. Since girls mature sooner than boys and are more verbal at an earlier age, it’s a natural fit. Personally, I like a girl with spunk but if she has a cotwin brother who continues to take a back seat to her bossiness and even seems to enjoy it (for instance, if he constantly allows her to do everything for him from tying his shoes to pouring him a glass of milk), it could have negative implications on both further down the road. The female twin may get a distorted view of all boys, thinking they are inept and helpless, while the male twin may begin to assume all girls are intrusive and headstrong.

Try to keep your boy-girl twins’ relationship balanced by stepping in before the passive twin becomes dependent and the dominant twin becomes the constant care giver. It helps if you encourage your twins to be independent and to do for themselves.

Due to their close physical proximity (shared bedroom, shared bath time and so forth), opposite-sex twins realize they have different “parts” sooner than either same-sex twins or single-born children with older siblings. This can cause some interesting (and dare I say) funny questions about their dissimilar bodies, all a bit sooner than perhaps you’re personally comfortable discussing. As kids are a curious bunch, there’s really no way around this so be prepared with some simple and short answers.

Puberty for boy-girl twins can be years apart.

The onset of puberty for girls hits somewhere between ages 10 to 14. The average for boys, on the other hand, happens between ages 12 to 16. Adolescence, therefore, can be years apart for some twins. And their physical and emotional experiences during this time couldn’t be more different either! So imagine, for example, if your female twin hits puberty full-force at age 12 while her brother still has a high-pitched voice and not a pubic hair to be found! Twins who were once a close-knit pair may experience a temporary “break-up” in the early teen years as she matures physically, emotionally, and socially much faster leaving her brother left wondering what in the heck happened to his sister.

Yet this, too, will pass. By the second half of high school, most boys have caught up or even surpassed their cotwin sisters in height. Socially they’re on a more even playing field as well. So much so that many boy-girl twins have a much greater understanding and sympathy of the opposite sex than their single-born friends. Once again, the relationship between boy-girl twins is able to blossom, grow, and mature marking the way for a socially happy adulthood. 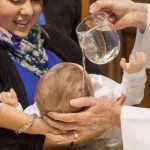 What does being a Godmother mean?

Baby Steps to Rid the Pacifier

Here is a list of reasons why the pacifier has got to go! She is really growing up and big girls do not have pacifiers. This is definitely something I notice…

10 Things I Hate About Pregnancy

Pregnancy is truly a beautiful time in life. Your body is creating a new life and that in itself is so amazing and wonderful. As children, we never realized our…

If there is one thing I’ve learned about people and society, it’s that discrimination is still prominent despite what everyone may believe. I cannot wrap my mind around the reasoning…