Creating Our Own Backyard Homestead

My lifelong desire of spontaneously moving far away [out west, down south, to the French Alps, French-speaking Canada, where ever…] in order to begin some fascinating, ambitious career has taken a backseat. I have spent far too many years coming up with different, legitimate plans to financially afford moving away without luck. My plans consisted of joining the military, teaching abroad, joining the foreign service, or just starting any random career that would support my journey afar. I find it extremely hard to write that I have officially given up. Honestly, I am too stubborn to even believe that I have officially given up… [because as soon as life gives me an opportunity, I will fight hard for it once again]. However, after a solid ten years of fighting and failing, I am at a resting point. As my husband so desires AND, more so, as our student debt burden grows, I am forced to “settle”. [Ooff! I really don’t like that word, “settle”. SO boring and ordinary and unexciting and ugh…Lame.]

Anyways, this new dream of mine is completely and entirely the opposite of everything I have ever wanted. BUT it holds my attention and has a unique sort of charm. It consists of buying an old farmhouse [with a huge, original, red barn] and turning the land into our own little piece of heaven. We will be creating our own backyard homestead. If I moved far away, I would want to do this there too. Both my husband and I have plans of raising chickens in spring 2015 and planting a large garden in hopes of producing our own fruits and vegetables for the entire year. We want to try different methods of gardening initially to see what we like best. We already have an affordable, hydroponic garden design in mind to plant over 200 plants in a very small amount of space. And we also want to plant a carefully designed, traditional garden in the soil. I have already been gardening for years so it is time to step up my game! We will begin reducing, reusing, recycling, and composting what we can. The farmhouse we are hoping to own is heated off of a wood forced air furnace too. The barn is currently filled with enough wood to heat the entire upcoming winter, so that will help us sustain ourselves initially. I will be creating my own kitchen herb garden/greenhouse immediately. I have already saved seeds from this summer’s produce to use for planting. I want to minimize as much costs of living by creating a self-sufficient lifestyle.

Back to homesteading, I am passionate about animals and gardening. I would love to eventually make an income using our own land. I don’t want to go to work and deal with bosses. I want to be my own boss. (I’m a dreamer.) I’m not afraid of hard work either; I prefer it. Ironically, it does not currently work in our budget for me to return to work full time due to the ridiculously high costs of daycare for two children. [$1200/month!!!] However, if I do find a solution, I will have to work full time because I have debts to pay thanks to attending Michigan State University. For now, I’m doing my best to make money at home.

I will slowly be dabbling in various homesteading money-making ventures such as raising chickens, Angora rabbits, Angora goats or sheep, making homemade products like soap, woodwork, or wool-based projects, canning, attending farmer’s markets as a vendor, and any other idea that falls into place. There are already full bearing pear trees on the property. I’ll be sure to maintain them and profit off the fruit in some sort of fashion. If I could ever convince myself to raise livestock for meat, I would do it. I would absolutely love to own Jersey cows! However, two months ago I officially transitioned to a vegetarian diet. I get SO attached to animals, that I am positive the [organic, humanely-raised] meat industry is still not for me.

For now, we are nervously waiting to close and seal the deal on what we hope will become our first home. The anticipated closing date is October 31, 2014 so until then, keep us in your thoughts and prayers. 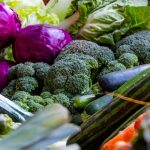 No More Meat: Why I Am Officially a Vegetarian 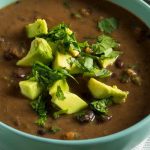