The History of the Diaper 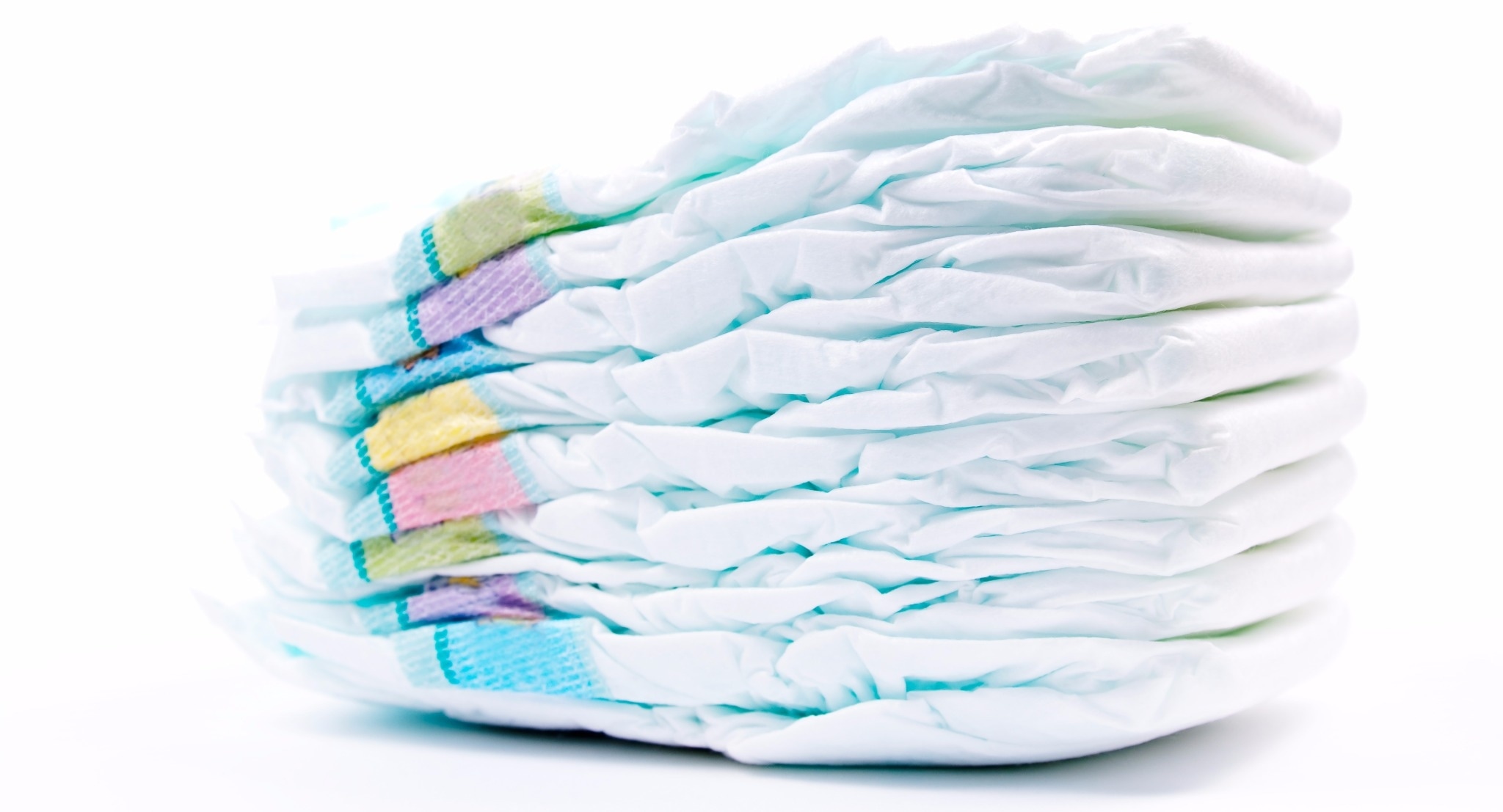 With that being said, we’ve decided to share with you the history of diapers – from ancient times until today. So let’s dig in.

Ancient Times – During ancient times babies wore animal skins, milkweed leaf wraps, and other resources to make something that functions as a diaper. Parents had to be resourceful and creative to make something from nothing.

In most European societies, babies were wrapped in swaddling bands. Inuits used moss and placed it under sealskin, while the Incas and Native American people put grass below a “diaper cover” which was made of rabbit skin. On the other hand, in tropical climates, most babies were naked and their parents (mostly mothers) had to anticipate urinations and bowel movements.

Late 1800s – By this time, babies from North America and Europe started wearing the progenitor of today’s diaper. A rectangle or a square of stockinet, linen, or cotton flannel was folded in a rectangular shape that was held with the help of safety pins.

But the first real disposable diapers were invented in 1950 by chemical engineer Victor Mills. He worked at Proctor & Gamble and used his own grandchildren as a test subject. A few years later, Pampers was born.

In the same year, there were two additional inventions:

1960 -1980 – In the ‘60s, the popularity of disposable diapers skyrocketed. The manufacturers started using pulp mill instead of tissue which improved the overall diaper performance. In the 1980s, Curity brand flat diapers and Nikki brand cloth diaper covers were the most popular.

1991 – 1997 – By the early ‘90s, disposable diapers saw significant improvements. However, there was one huge issue — the environmental side of using this type of diaper. Therefore, cloth diapers made a huge comeback and many cloth diaper companies were established.

In 1995, a company called Motherease began selling cloth diapers in the U.S. and Canada. They even started selling by mail order in the U.S. and their only model “Sandies” was extremely popular.

In 1997, the first significant diaper website emerged online. It was a Canadian website called BornToLove.com, which was also famous for informative articles that are still a very useful resource.

1999 – In 1999, HoneyBoy and Poochies diapers were invented and became so popular that HoneyBoy diapers were often sold at auction for more than $200 per diaper. In the same year, Cuddlebuns Cloth Diapers started selling one-size-fits-all diapers. Today, BabyByYou owns all three diaper brands.

By the end of 1999, Kissaluvs established an online business and sold contour and fitted diapers, while many moms started sewing diapers for their personal needs.

In 2001, the popular term “hyena” was invented that defined mothers who wanted the more coveted cloth diaper types. Today, the word stands for highly sought after diaper brands that are hard to get.

By 2002, Happy Heinys, a promising pocket diaper brand, established its reputation as one of the most popular companies for cloth pocket diapers.

In 2003, wool soakers become extremely popular and the first WAHM brands, “Tuesday Bear” and “Wahm Boutique,” blazed a trail. In addition, DryBees pocket diapers were introduced to the market and became one of the favorites.

During 2002 & 2003 there was a diaper war where large cloth diaper companies threatened the smaller companies with accusations of patent or pattern infringement and legal actions. As a result, many smaller WAHM diaper makers decided to close and change industries.

2004 & 2005 – During this time, the cloth diapering community and websites dedicated to diapers experienced an increased growth, and many cloth diaper sewing businesses were founded. In addition, the popularity of WAHM diapers skyrocketed, along with “wool longies.”

Karen Fegelman programmed an easy to use shopping-cart system that was great for a WAHMs to use. The system was called Hyena Cart and it’s still being used today. During these two years, the designer diapers became popular and their price on auctions reached $200-$300.

2006 & 2007 – The year 2006 brought us a “revolutionary” new cloth diaper, the bumGenius by Cotton Babies. Due to its stretchy tabs and adaptability, it was an instant hit. The second most popular diaper at that time was JamTots’ Berry Plush diaper.

2008 – 2010 – In 2008, the gDiaper remained popular despite the fact that some negative reports emerged from a few wastewater treatment facilities. These claims continued in 2009 as well.

In 2010, Boingo Baby Diaper Fastener was introduced to the market and quickly gained popularity. It was the first diaper fastener innovation in the last 25 years.

2011 – 2015 – In 2011, Namaste Mama introduced an adjustable elastic Evolution Diaper, which was further improved by a second patent in 2013. Today, these diapers are manufactured by Boingo Baby.

In 2012, thanks to Facebook, people started buying large quantities of cloth diapers and selling them to customers. The same year, Lalabye Baby established itself as a fashionable cloth diaper company thanks to its wonderful designs. They sold eco-friendly, safe, and high-quality diapers at a cheap price. Their goal was to raise awareness of the “devastating” effects of disposable diapers.

In early 2013, the patent for bumGenius diapers was awarded to Cotton Babies, which started another diaper war by taking legal actions towards WAHM and small businesses for patent violation.

In 2014, a sprayer shield that makes rinsing cloth diapers cleaner and easier was created by Diaper Diamond.

In 2015, bumGenius upgraded their diaper model that now featured stretch for a secured fit and updated stay-dry inner fabric.

Present – Today, most parents use disposable diapers due to their convenience and hassle-free experience. Simply put, they prefer to throw the diaper rather than cleaning it. And when you think about it, that makes perfect sense.

Aunt Nicknames: The Unofficial Guide to Calling Your Aunts

Calling aunt to be can be a difficult task. How do you address them? Do they all get the same nickname? If you’re looking for some guidance on how to…

Notes to My Mama: A Letter of Love and Appreciation

Dear Mama, I don’t know where to start. This seems like such an impossible task, trying to put into words everything I want to say to you. I could talk…

“Which Twin is Older?” Does It Matter?

“Do you know if it’s a boy or a girl?” is definitely the most asked question of all pregnant women but if those moms give birth to twins, there’s a shift in interest and then for some reason the question suddenly becomes, “Which twin is older?”