Can Cantaloupe Cause Diaper Rash?

It’s no secret that cantaloupe is a healthy fruit. But did you know that it can also cause diaper rash? While very uncommon, yes, If added to their diet, this juicy fruit can cause skin irritation and inflammation in a baby who wears diapers.

Contents show
1 Is cantaloupe good for a baby?
2 When is a baby allowed to eat cantaloupe?
3 Can babies get diaper rashes from eating cantaloupe?
4 Reduce Acidic Food Intake
5 Take away

It is one of those foods that you really don’t expect to cause any trouble, but alas.. it can!

If your child has a diaper rash, it might be a good idea to avoid giving them cantaloupe or foods with this fruit for a while.

In this blog post, we will discuss the connection between cantaloupe and diaper rash. We will also talk about the health benefits of cantaloupe and when should you start giving it to your baby.

Is cantaloupe good for a baby?

Yes. While cantaloupe may not rank high on the nutritional scale, it does contain vitamins A and C, two potent antioxidants that aid in cellular regeneration, vision, and immunity. Cantaloupes have about twice as much vitamin C as honeydew melon and around 67 percent more beta-carotene, which gives the melon’s flesh its vibrant orange color.

Cantaloupe, in addition to providing critical nutrients, can aid newborns with constipation since it is primarily water, which helps things go along in their little digestive systems.

When is a baby allowed to eat cantaloupe?

Cantaloupe can be introduced to your baby’s diet as soon as she is ready to begin eating solid foods, which is usually about 6 months.

Melons are known for spreading bacteria from the ground and causing diarrhea in a baby, so wash well and begin with tiny serving amounts.

Can babies get diaper rashes from eating cantaloupe?

Although extremely rare, there have been numerous reports from parents saying that their babies have developed a diaper rash after eating cantaloupe.

If you notice any signs of an allergic reaction after your baby eats a cantaloupe, stop giving it to her. You should also avoid any food or fruit that triggers diaper rash. Certain foods like acidic citrus fruits can cause true allergy and your baby may show signs and symptoms like diarrhea, serious pain, loose stools and diaper rash that keeps getting worse.

Change your baby’s diet and eliminate any food that you think is causing diaper rash. By keeping a food journal, you will be able to determine which foods tend to cause persistent diaper rash. Remember that babies prone develop a diaper rash may most likely react to more acidic citrus fruits. Other foods that may cause a rash include oranges, lemons, pineapple, strawberries (yep, strawberries can cause diaper rash as well!) and more.

And while a less acidic cantaloupe is better than a terribly acidic fruit like oranges, you should stop giving your baby fruits or acidic foods altogether especially if it is causing your baby to show symptoms of irritation or a reaction. Too much acidic food can cause acidic poop which causes almost a burning diaper rash.

Most toddlers and infants can be allergic to certain foods and may develop rashes after eating them. While a diaper rash is not an indication of sensitivity to other foods, it could lead to a diaper rash. So it is better to look out for these foods you add to the diet of your little one.

Consult your doctor or a medical professional immediately if any of the symptoms are getting worse like serious pain, a rash that doesn’t heal after 3 days or if the irritated skin is becoming red.

If your child develops a diaper rash, it might be a good idea to avoid giving them cantaloupe for a while. We talked about the health benefits of cantaloupe.

And while cantaloupe rarely causes diaper rash, it happens to some infants. It is important for parents to know what is causing the rash so that they can take treat it right away.

How Many Crib Mattress Pads Do I Need?

Find out how many crib mattress pads you need and why using more than one can be beneficial for your baby.

Find out how receiving blankets can help you make your life easier. From swaddling to burping, check out the various uses of this versatile piece of baby gear! 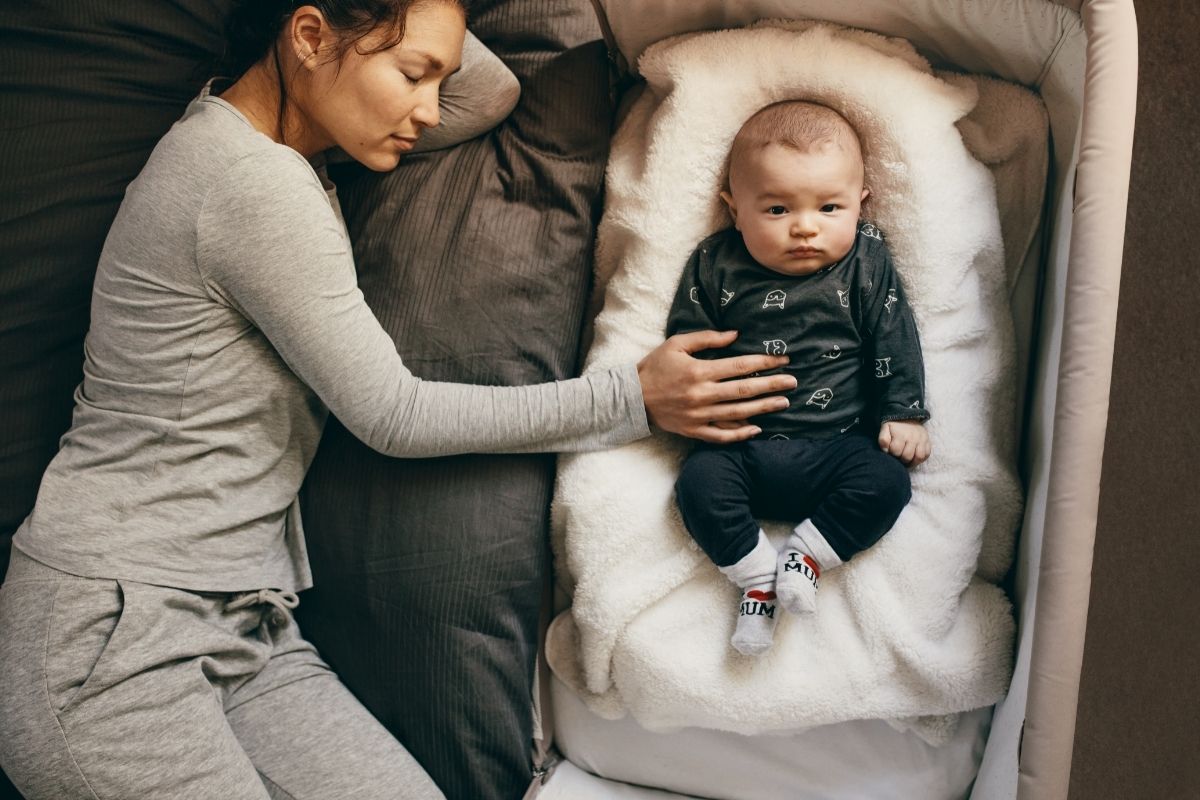 Wondering if a crib attached to bed is the right choice for your family? Our in-depth guide will help you decide which co-sleeper crib is best for you and your baby!