Can Yogurt Cause Diaper Rash? – Here’s What Every Parent Should Know

Yogurt is often thought of as healthy and contains probiotics, which are good for the digestive system and overall health.

Contents show
1 Is yogurt good for babies?
2 When are infants allowed to eat yogurt?
3 What is a yogurt allergy?
4 Can a baby be allergic to yogurt?
5 How do I know if your little one is allergic to yogurt?
6 What are the symptoms of yogurt allergy in infants?
7 What to do if your baby has a yogurt allergy?
8 Does yogurt cause diaper rashes?
9 How to treat diaper rash caused by yogurt?
9.1 Cornstarch Bath
9.2 Egg Whites
9.3 Apple Cide Vinegar Bath
9.4 Coconut Oil
10 When should you consult a doctor?
11 Conclusion

Many parents introduce yogurt and fruits to their babies’ diet around 8 months of age, but some children may have a bad reaction to the bacteria in yogurt which could cause diaper rash.

In rare cases, infants may have an allergy to dairy foods or develop a yeast rash from eating yogurt. Although yogurt is also known to prevent diaper rash, it has been known to cause diaper rash.

It is recommended that moms introduce yogurt along with fruits slowly and watch for any allergic reactions before giving it on a regular basis.

Affiliate Disclaimer: As an Affiliate, we earn from qualifying purchases.

Is yogurt good for babies?

Yes. A full-fat yogurt from an animal source is high in nutrients that newborns require for growth and development.

Yogurt like Greek Yogurt is high in calcium for bone development, vitamin A for the eye, skin, and immune health, all B vitamins for energy, zinc for immune health, and potassium.

Yogurt is also high in protein, carbohydrates, and fats. Add some fruits like strawberries to make it more healthy.

Just make sure to give your child whole milk (full-fat) yogurt.

At this age, they require a lot of fat to support cell structure, metabolism, brain, gut, immune, and nervous system development.

Moms should keep an eye on their child’s overall consumption, as excess consumption has been linked to iron deficiency anemia.

When are infants allowed to eat yogurt?

Yogurt can be introduced as soon as your little one is ready to start solids, which is usually around 6 months.

Breastfeeding infants can be introduced to yogurt earlier as it is safe for breastfeeding moms to eat yogurt. However, always have a food diary and monitor reactions to food you eat when breastfeeding.

Dairy in the form of solid food, such as Greek yogurt, is safe to introduce before 12 months, but newborns should not be given cow’s milk-based formula until they are closer to 12 months.

Furthermore, a child’s digestive system may not tolerate large amounts of cow milk protein and it is nutritionally deficient.

What is a yogurt allergy?

Certain foods like eggs, peanuts, cow’s milk are some of the most prevalent allergies in baby food.

Fortunately, many children outgrow their milk allergies by the age of three.

When introducing yogurt or other dairy products, especially if it’s the first dairy meal you’re providing, it’s very crucial to keep an eye out for indicators of a possible reaction because plain yogurt is known to cause diaper rash.

Can a baby be allergic to yogurt?

Yes, it is a dairy product and babies can have a dairy allergy. Most yogurt is made from whole milk which is one of the most common food allergies in children.

Because Greek yogurt contains substantially less sugar, it is a good answer to this problem.

How do I know if your little one is allergic to yogurt?

In kids with whole milk allergies, giving them yogurt can provoke an allergic reaction.

Diarrhea, vomiting, irritation, swelling, and skin rashes are all signs of milk or yogurt allergy. It is also known to cause diaper rash in little kids.

What are the symptoms of yogurt allergy in infants?

Look out for these signs:

What to do if your baby has a yogurt allergy?

If your baby is sensitive and has been diagnosed with a milk allergy or is exhibiting signs of a food allergy such as eczema and diaper rash, hold off on giving them yogurt until you’ve checked with your doctor.

The only way to be sure is to eliminate it and reintroduce it at a later date.

Does yogurt cause diaper rashes?

Much like acidic fruits that are known for causing diaper rash, yogurt does cause diaper rash!

This is extremely common in toddlers who have a dairy sensitivity or who have a negative reaction to too much sugar.

If your kid is lactose intolerant, feed dairy-free yogurt or something that does not contain lactose.

The high sugar content could also be to blame. You’ll notice that your child develops diaper rash after eating a large amount of sugar with this.

How to treat diaper rash caused by yogurt?

There are a lot of ways to prevent diaper rash but sometimes it happens. Here are a few home remedies for diaper rash caused by yogurt: 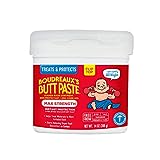 Cornstarch applied to your baby’s diaper rash reduces the redness on his or her skin as well as the irritation caused by his or her sweat in the diaper.

Normally, any type of infant talcum powder is the first line of defense against diaper rash, but it might cause serious respiratory difficulties. Cornstarch, on the other hand, is a safe alternative.

Another reason why a cornstarch bath is the best option for diaper rash is that applying cornstarch to his or her skin provides immediate relief from the pain associated with diaper rash.

One of the many old wives’ tales and old-fashioned cures that has been passed down from generation to generation is using egg whites to relieve diaper rash symptoms.

Egg white works as a diaper rash treatment because it forms a barrier between your baby’s skin and the irritants that cause the rash. Nappy creams function in a similar way.

To get rid of a diaper rash quickly, add a cup of apple cider vinegar to your baby’s bathwater.

Candida, a group of yeasts that can cause fungal illnesses including eczema and diaper rash, has been shown to be inhibited by apple cider vinegar.

When should you consult a doctor?

Discuss your child’s symptoms with her pediatrician if you feel he or she has a milk allergy or intolerance. To confirm the diagnosis, the doctor may suggest blood or skin testing.

If numerous parts of the body are affected, an allergic reaction can be more severe or even life-threatening (called anaphylaxis).

Call 911 right away if your kid displays signs of a life-threatening allergic response, such as problems breathing or swallowing or diarrhea that doesn’t stop.

It is important to be aware of the signs and symptoms of a yogurt allergy in order to treat it quickly.

If your child experiences a serious allergic reaction like anaphylaxis, consult a medical professional and call your emergency services number.

There are several home remedies that can provide relief for a diaper rash caused by yogurt.

These include using cornstarch as a bath additive or on irritated skin, applying egg whites as a barrier between the skin and irritants, adding apple cider vinegar to bath water and using coconut oil.

Momma Or Mama Which Is The Correct Spelling? The Debate Rages On!

There are a lot of ways that we can call ourselves as parents; mom is one of the most common variations of the word mother. But in the US, an…

8 Month Old Baby Routine: Everything You Need to Know

Establishing a routine for your 8-month old baby can make life a lot easier for both you and your little one. Learn about the best times to do things, what to include in your routine, and more!

Are Pregnancy Pillows Worth It? Everything You Need to Know

One of the biggest problems with pregnancy is that it can make sleeping extremely uncomfortable. Find out if using a pillow will benefit you and your baby.